All current selectees are highlighted on this page. Please check back each week to see future selectees, or follow us on Facebook (GO.VISAA) or Twitter (@GO_VISAA) and our announcements will appear on your timeline! 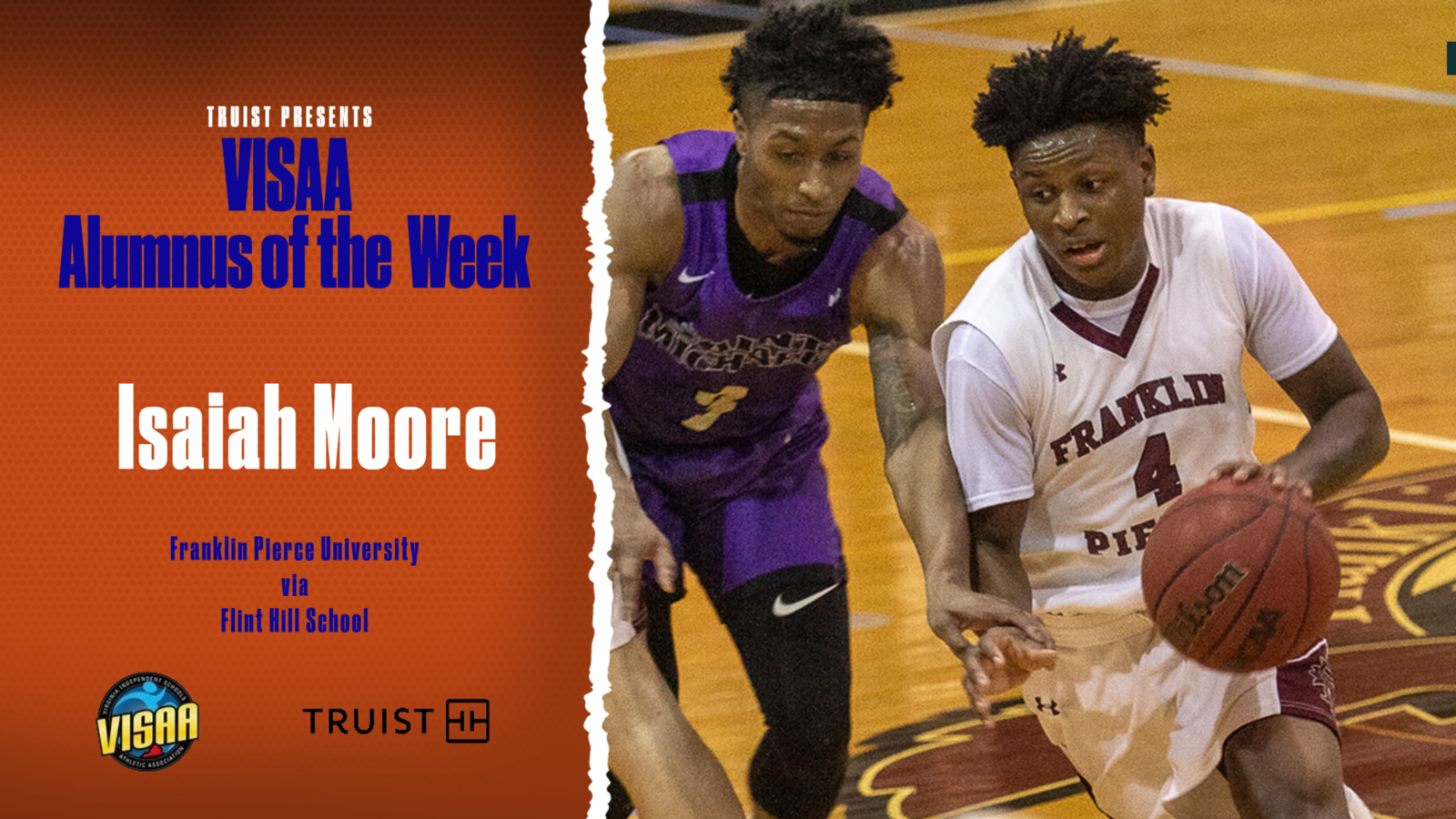 Isaiah Moore (Flint Hill School) was all-state and a Mid-Atlantic Athletic Conference champion with the Huskies in 2018.

Now at Franklin Pierce University, his 22.2 points per game is 9th in the nation in NCAA Division II! He's scored over 1,000 points in his time with the Ravens and leads the team in field goal percentage, assists, steals, and minutes as they enter conference tournament play.  The Northeast-10 Conference named him to its All-Rookie team in 2019 and their All-Tournament team in 2020. 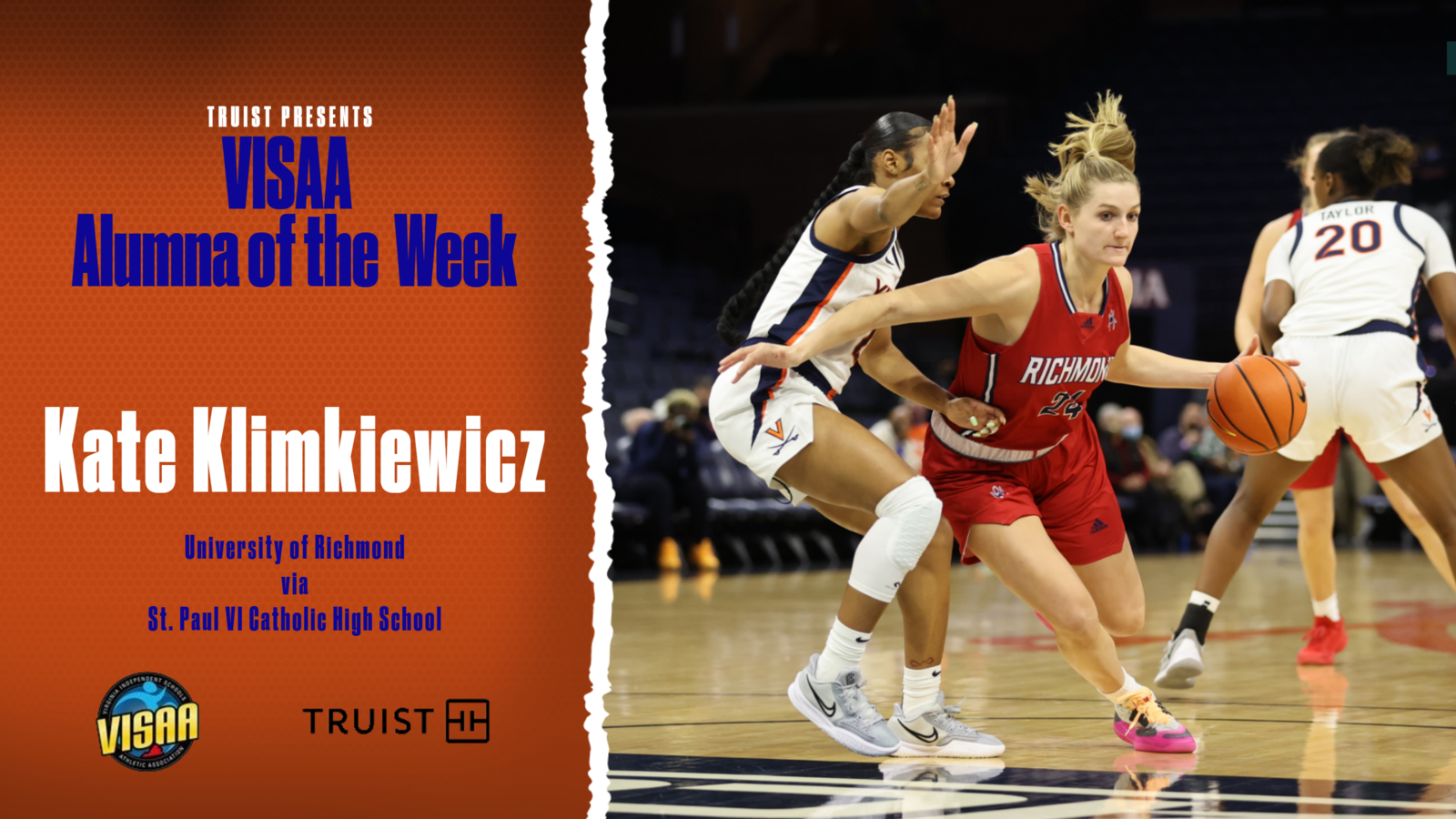 Kate Klimkiewicz (St. Paul VI Catholic High School) was a two-time first-team all-state selection and a three-time state champion with the Panthers!  She also helped the Panthers to two Washington Catholic Athletic Conference championships and earned a nomination to participate in the McDonald's All-American Game.

Now a three-year starter for the University of Richmond (currently 14-13, 5-9 Atlantic 10), she's averaging 12.5 points per game and leads the team with 6.3 rebounds per game and 58 total steals.  She's also second on the team in field goals made (122) and three-pointers (43) and is the only player to start all 27 games for the team so far this season.  On January 5, her buzzer-beater at George Washington University lifted the Spiders to a 66-63 Atlantic 10 Conference win! 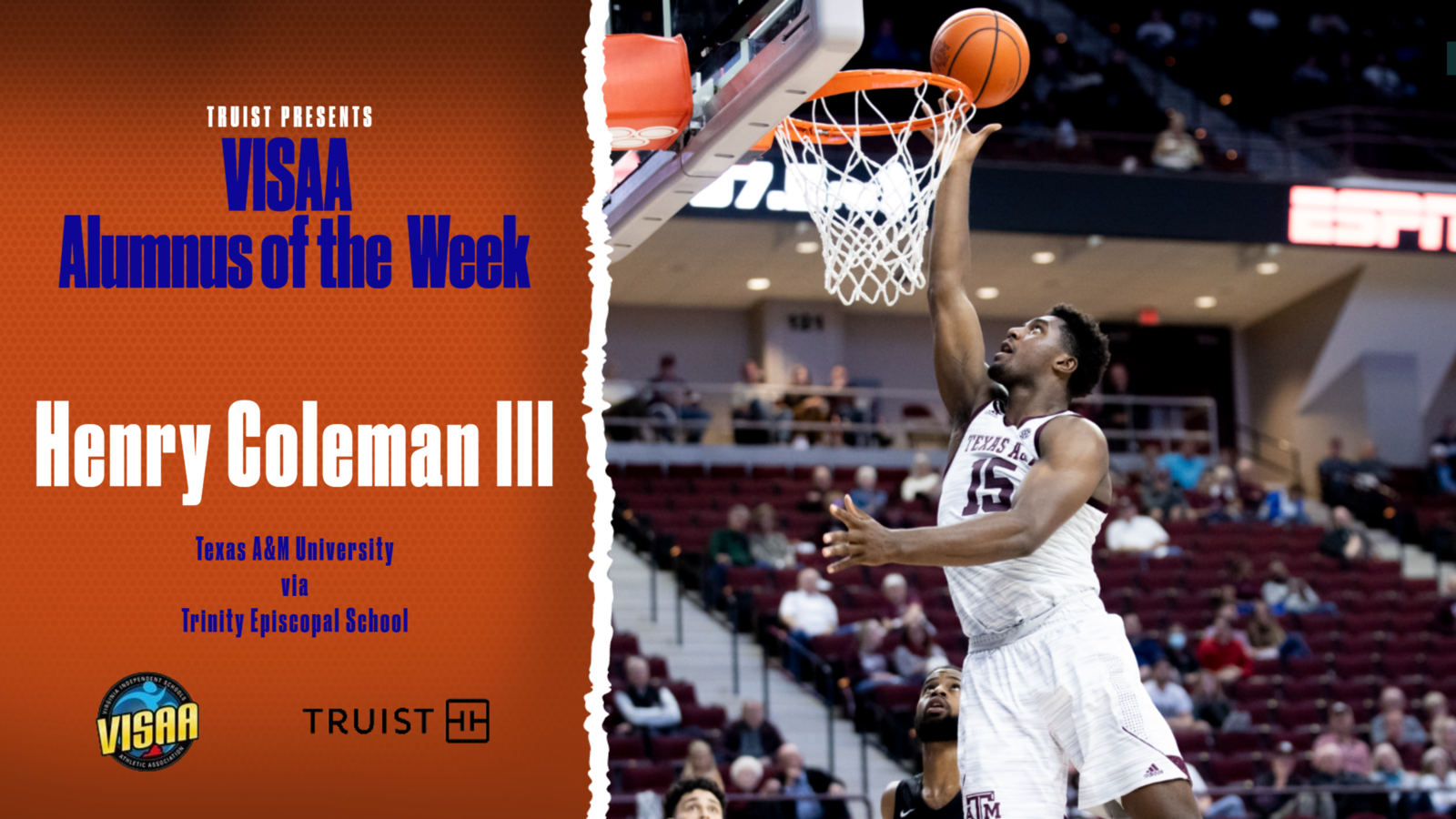 Henry Coleman III won numerous accolades with Trinity Episcopal School: three Virginia Prep League championships, two trips to our Division I state semifinals, two first team all-state selections, and he was named Richmond Times-Dispatch All-Metro Player of the Year for both his junior and senior seasons!  He averaged a double-double in his last two years with the Titans.

This year he's started most games for Texas A&M University, averaging 11 points in 24 minutes per game for the Aggies (15-9, 4-7 SEC)!  He earned his second double-double of the season with 12 points and 12 rebounds last week against LSU, and leads the team in rebounding (5.9 rpg) and getting to the free-throw line (109 attempts). 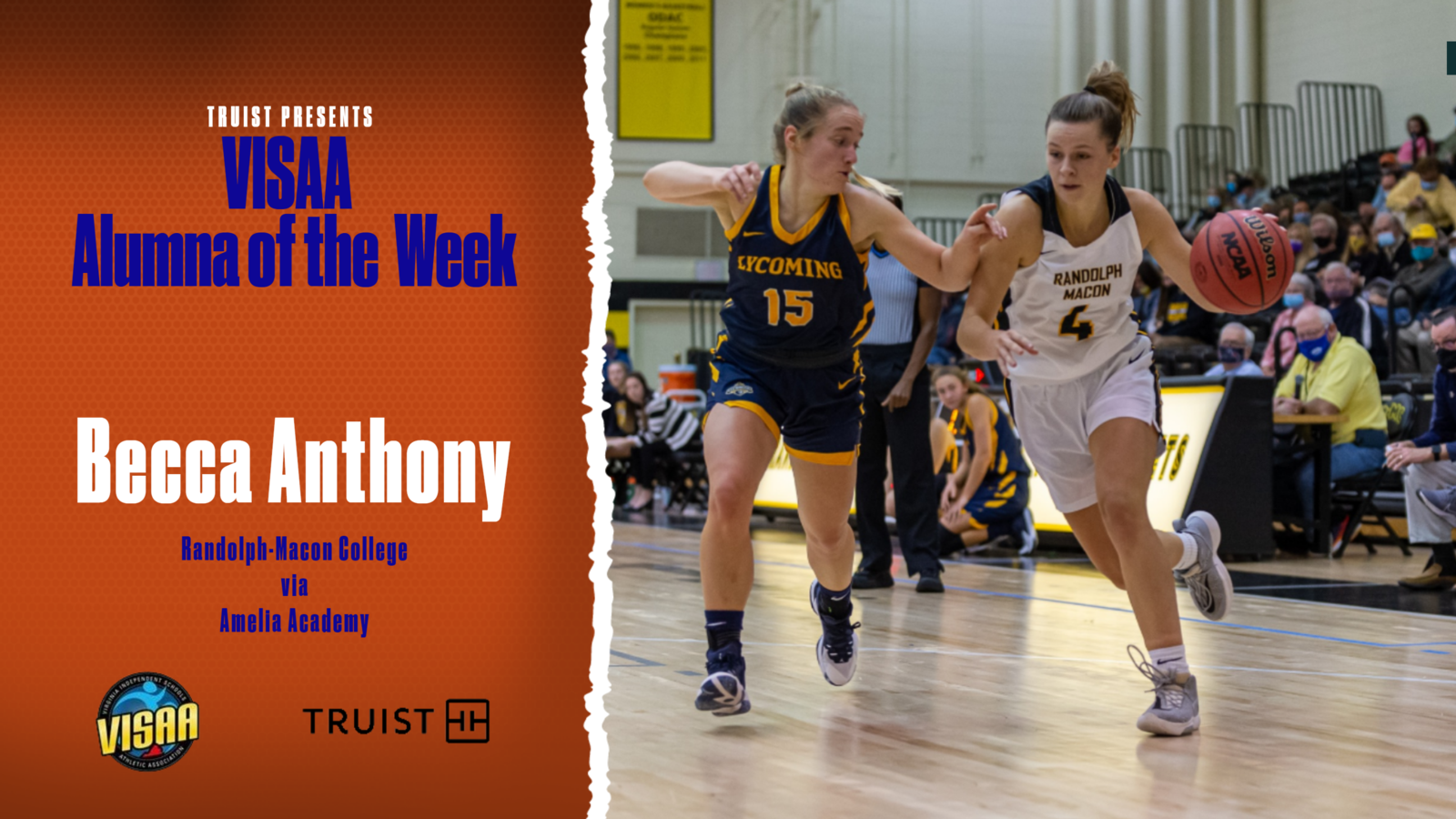 Now with Randolph-Macon College (11-5, 9-1 Old Dominion Athletic Conference), she has started every game since 2019. On Wednesday, Becca scored 19 and grabbed 7 rebounds for the Yellow Jackets in a home loss to Mary Washington, going 8-8 at the free throw line and 3-5 from three-point range. She was also a first team all-ODAC selection last season, averaging 16.5 points and 8.8 rebounds per game! 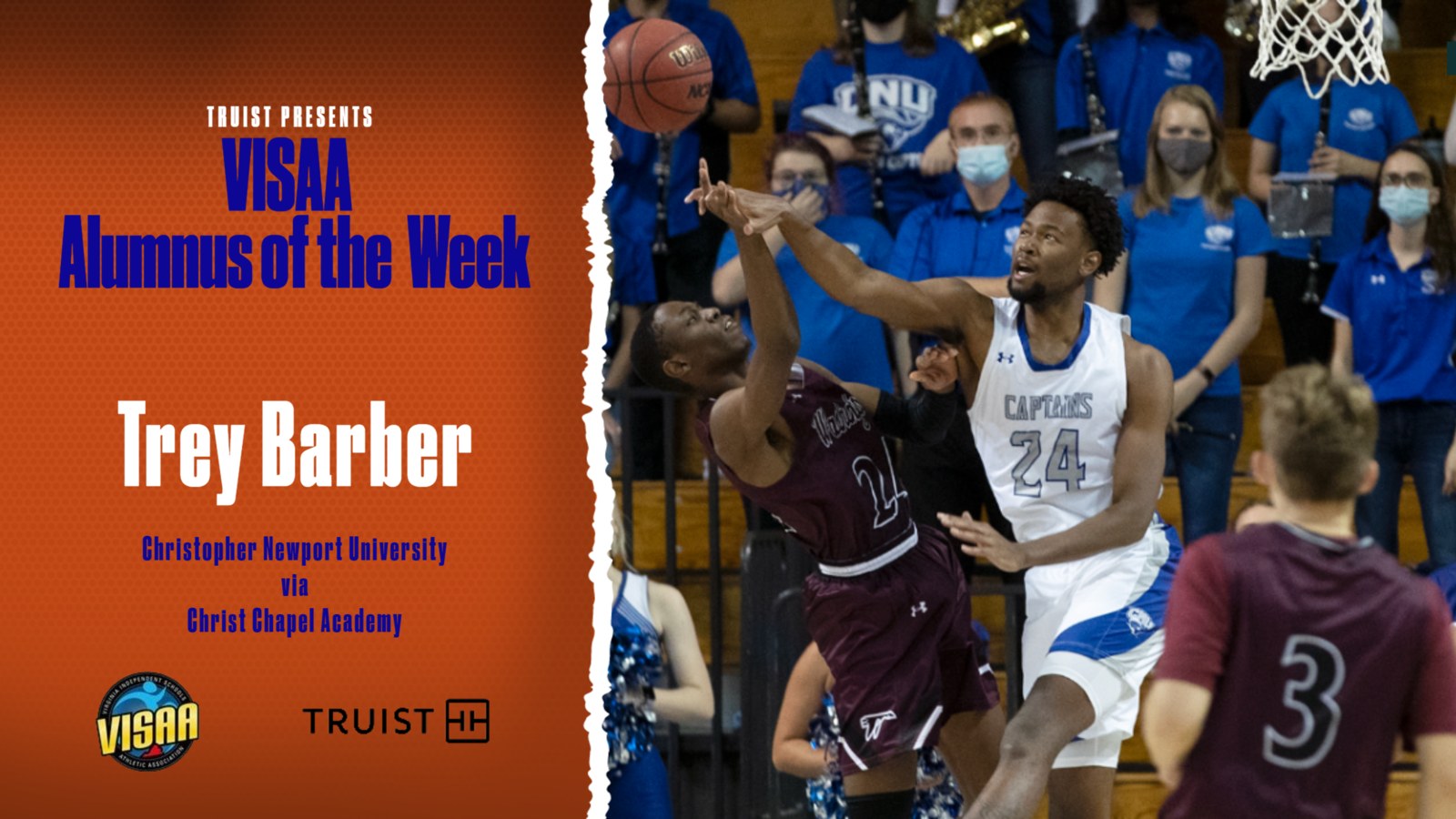 Trey Barber (Christ Chapel Academy) was a two-time all-state selection and a Division III state champion with the Lions in 2018.

This season, he's averaging 11.8 ppg and 7.9 rpg for Christopher Newport University (18-2, currently ranked #2 in the nation in NCAA Division III)! He shot 8-9 from the field in this week's game at William Peace! Trey also earned Coast-To-Coast Athletic Conference Defensive Player of the Year honors in 2020! 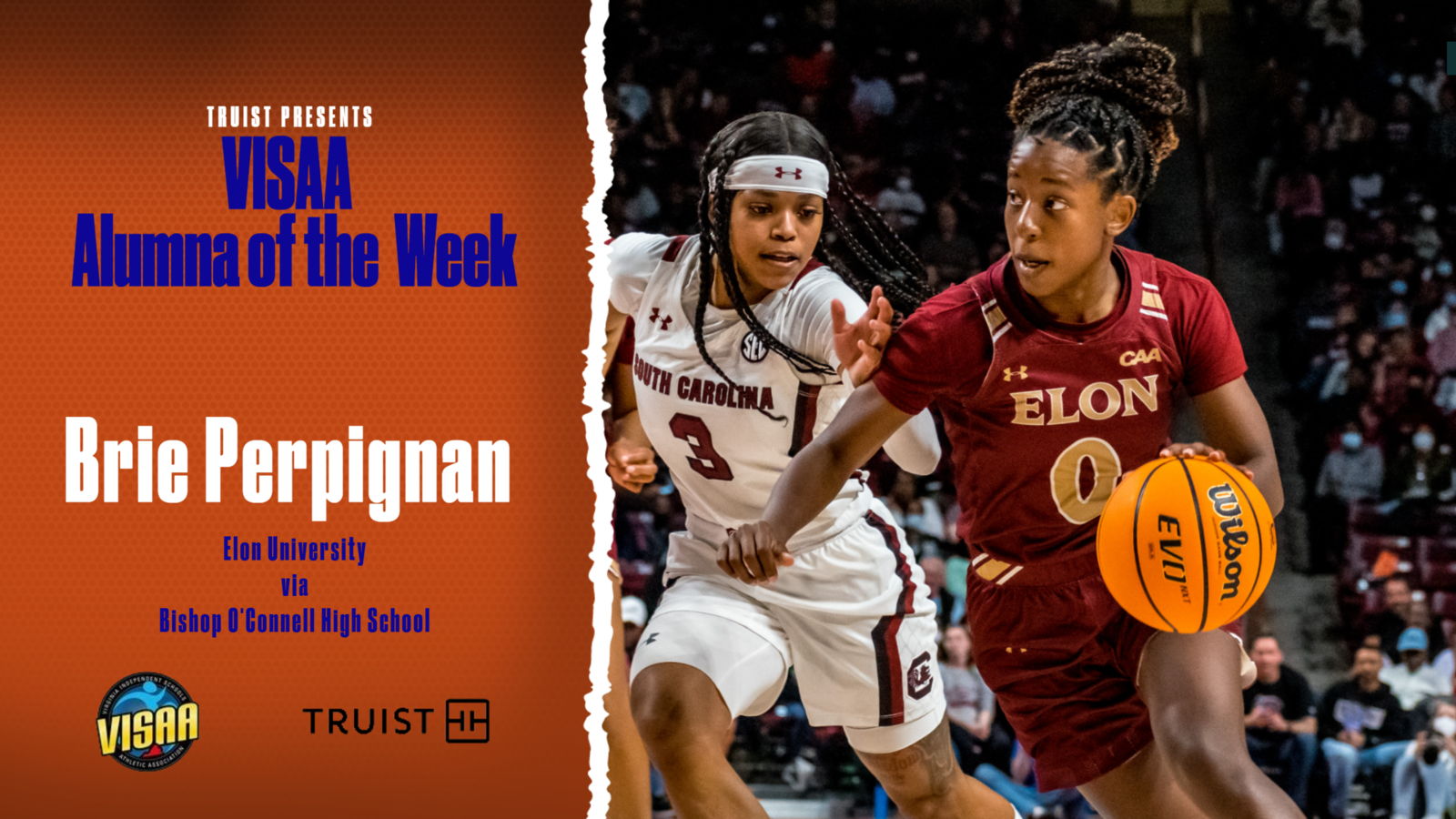 Brie Perpignan (Bishop O'Connell High School) was a three-time state finalist and three-time all-state selection in her VISAA days with the Knights. 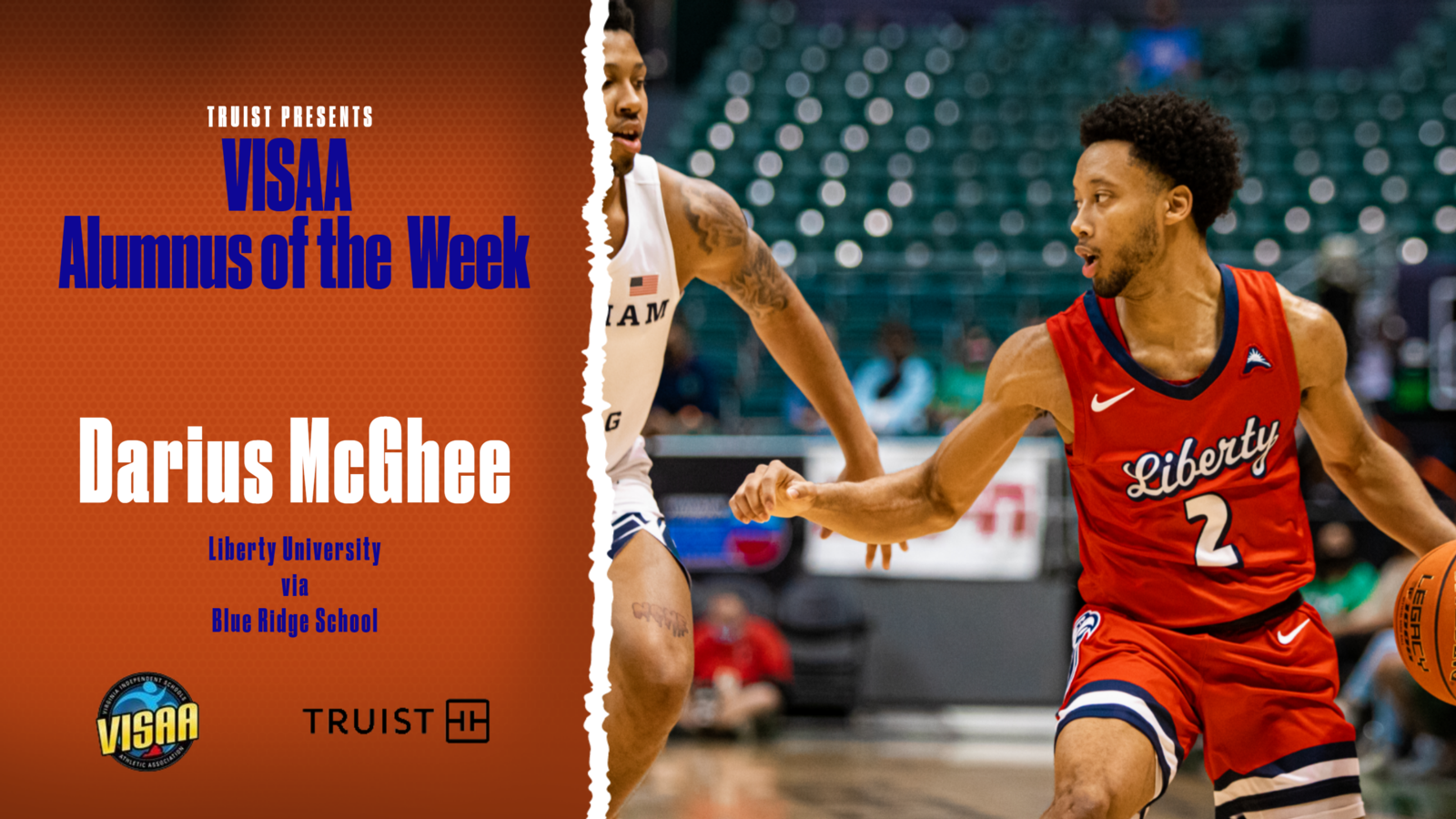 Darius McGhee (Blue Ridge School) was first team all-state and a Division II state champion with the Barons in 2018!

The reigning ASUN Conference Player of the Year and Tournament MVP, Darius is leading Liberty University (11-6) this season with 21.3 ppg and has started every game for the Flames since 2019. 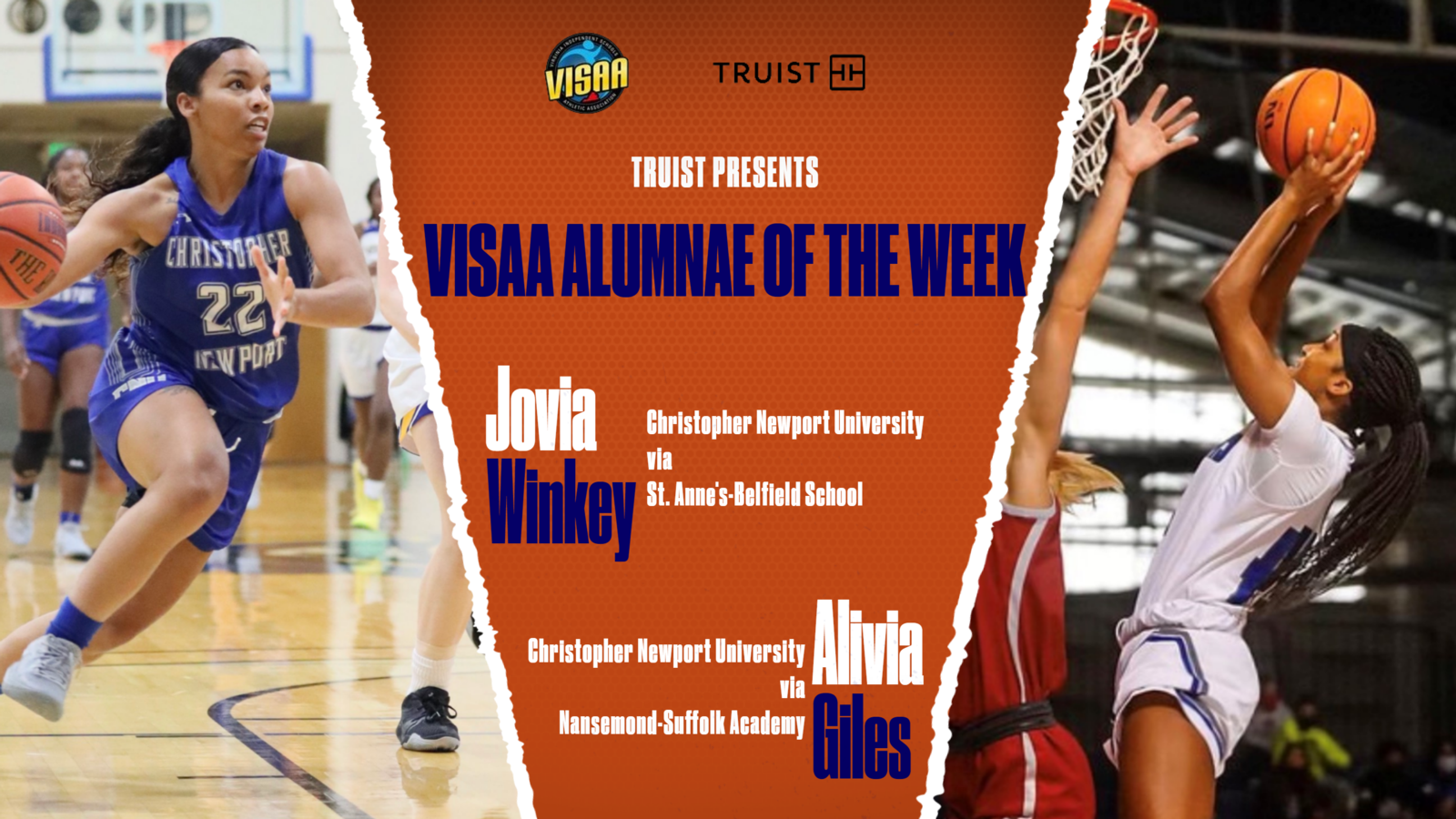 Alivia Giles (Nansemond-Suffolk Academy) and Jovia Winkey (St. Anne's-Belfield School) were each named all-state twice in their careers, along with multiple conference awards.

Now they are both contributing to a stellar season at Christopher Newport University, currently 13-0 and ranked #5 in the nation in NCAA Division III! Alivia is averaging 5.8 ppg and 3.6 rpg while Jovia is averaging 6.5 ppg and 2.2 rpg so far this year for the Captains!