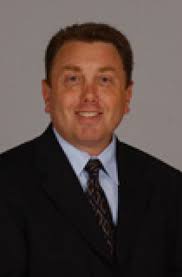 “We are extremely fortunate to have Adam Brick take the VISAA helm,” said Eric Gobble, Director of Athletics and Wellness at The New Community School, and chair of the search committee that presented Brick to the VISAA Executive Committee for approval.  “Dick Kemper is an icon in high school sports and is entering a well-deserved retirement with the VISAA on very solid ground.  We are incredibly grateful for Dick’s tenure.”  Gobble added, “The school heads and athletic directors on the VISAA Executive Board went through an exhaustive search process over several months.  We received applications from impressive candidates throughout the mid-Atlantic.  Adam Brick’s energy, education, and experience stood out throughout the process.”

Brick’s background in athletic administration spans thirty years and includes experience in higher education and non-profit management. Brick began his career at his alma mater, Georgetown University, where he served in a variety of roles in athletics, including NCAA compliance, legal affairs, and sport administration, culminating his tenure as the Director of Athletics in 2004-05.

After Georgetown, Brick led the external relations team for the intercollegiate athletics program at George Mason University. He was a member of the leadership team that secured the naming rights for EagleBank Arena and he was a key figure in the university’s move to the Atlantic 10 Conference.

During his time in college athletics, Brick served on several NCAA committees including the Men’s Basketball Rules Committee; the Academics, Eligibility & Compliance Cabinet; the Legislative Review & Interpretations Committee; and the Agents & Amateurism Subcommittee. He also served as the tournament manager for the first and second rounds of the NCAA Men’s Basketball Championship.

Most recently, Brick led Arlington Soccer Association, a non-profit youth sports organization serving 9,000 players. As the Executive Director, he managed a five million-dollar budget, partnered with the Board of Directors on strategic initiatives, and successfully navigated the club through the challenges of the pandemic.

Brick is a member of the Virginia State Bar and received both his law degree and a B.S. in Marketing from Georgetown University.  He worked as a consultant and taught Sports Ethics, Sports Marketing, and Sports Law at several universities. He is also an accomplished high-school basketball referee and has worked numerous state tournaments.

Upon his selection, Brick commented, “I am honored and excited to lead VISAA into its next chapter. I am in lockstep with VISAA’s core values (integrity, sportsmanship, and leadership) and believe in the integral role that athletics plays as a part of the student experience and teaching life lessons. I have high regard for an association of 100 schools that serves nearly 20,000 student-athletes across the Commonwealth. Dick Kemper is an icon in high school athletics, and I am humbled that the Executive Committee has put its faith in me to help build on the vision Dick created and has nurtured for the past 25 years. I look forward to working with the staff, committees, and member schools to provide outstanding experiences for the student-athletes and coaches of VISAA.”

About VISAA: The Virginia Independent Schools Athletic Association provides accredited member schools with the resources and competitive environment in support of education-based athletic programs that establish a foundation for excellence founded on integrity, sportsmanship, and leadership. The Virginia Independent Schools Athletic Association will develop athletic programs that are nationally recognized and provide student-athletes with quality opportunities for participation, competition, achievement, and the development of character.