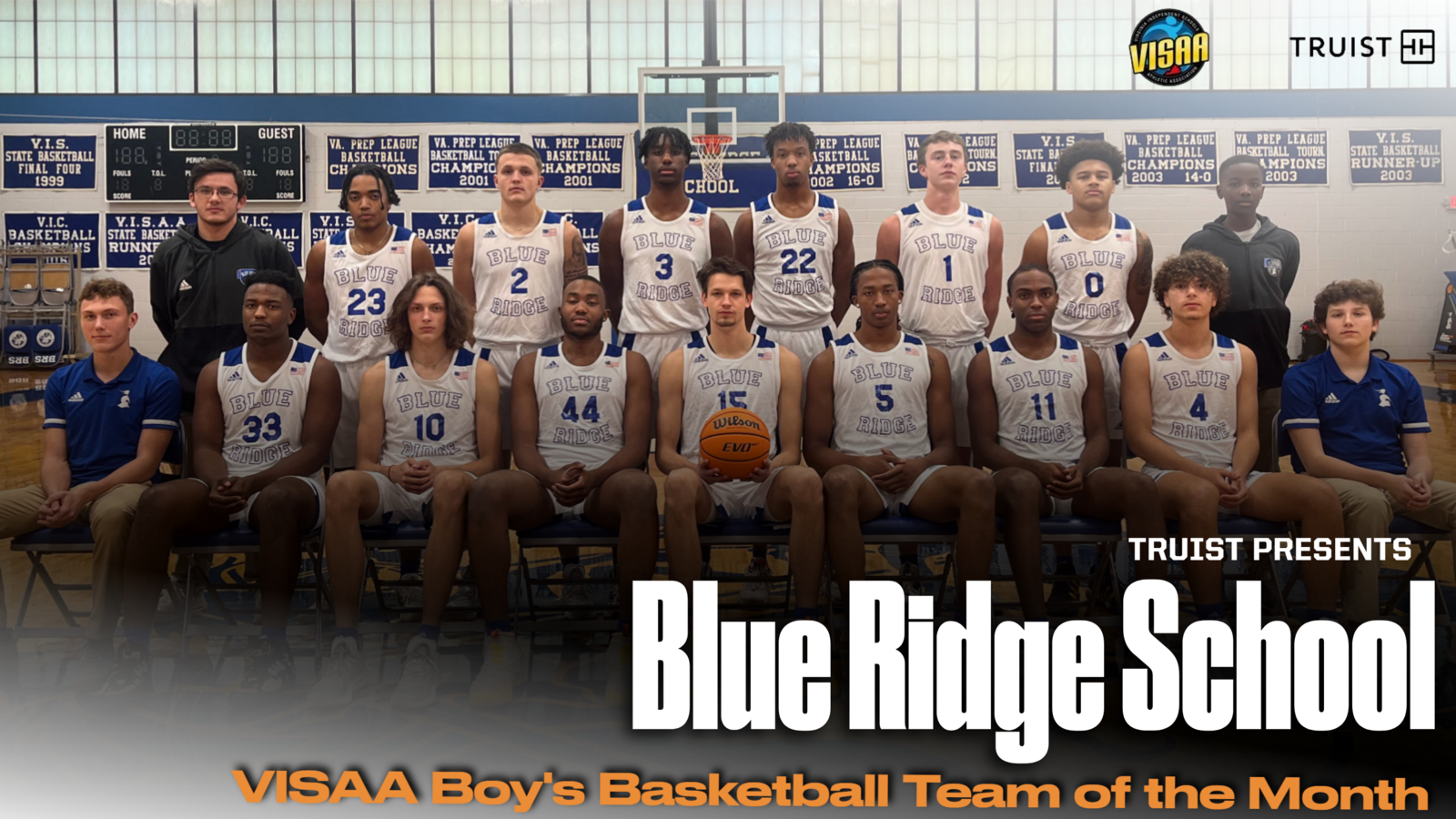 The Virginia Independent Schools Athletic Association's boy's basketball commitee is pleased to announce the selection of the Blue Ridge School Barons as February's Truist Boy's Basketball Team of the Month!

The Barons finished their regular season 27-5 overall and 11-0 in the Virginia Independent Conference.  Their only two losses to VISAA opponents have been by one point each against St. Paul VI Catholic High School and Highland School.

This week they are competing for their third straight Division II state championship in boy's basketball after winning in 2019 and 2020.  The Barons also won the VISAA Division II Invitational held among a limited group of our member schools at the end of the 2020-2021 season.

Team of the Month awards for the basketball season are part of the VISAA's partnership with Truist, who is sponsoring the VISAA Basketball State Championships for 2022.

Congratulations to Coach Cade Lemcke and the Barons on their selection, and we wish them luck as they compete for a state championship this week!